Sidewalks are an integral part of the multi-modal transportation system connecting people from where they live to where they want to go - school, shopping, work, or recreation. Unfortunately, many of the streets in Thurston County’s urban areas were built without sidewalks, assuming that a complete sidewalk network includes sidewalks on both sides of major streets. TRPC estimates that there are over 233 miles of missing sidewalks along major urban streets in Thurston County. Using a conservative estimate of $1 million dollars per mile to build a sidewalk, that results in a need of $233 million – far exceeding available funding. And this doesn’t even include the need to retrofit neighborhoods for safe routes to schools, parks, or other activity areas. 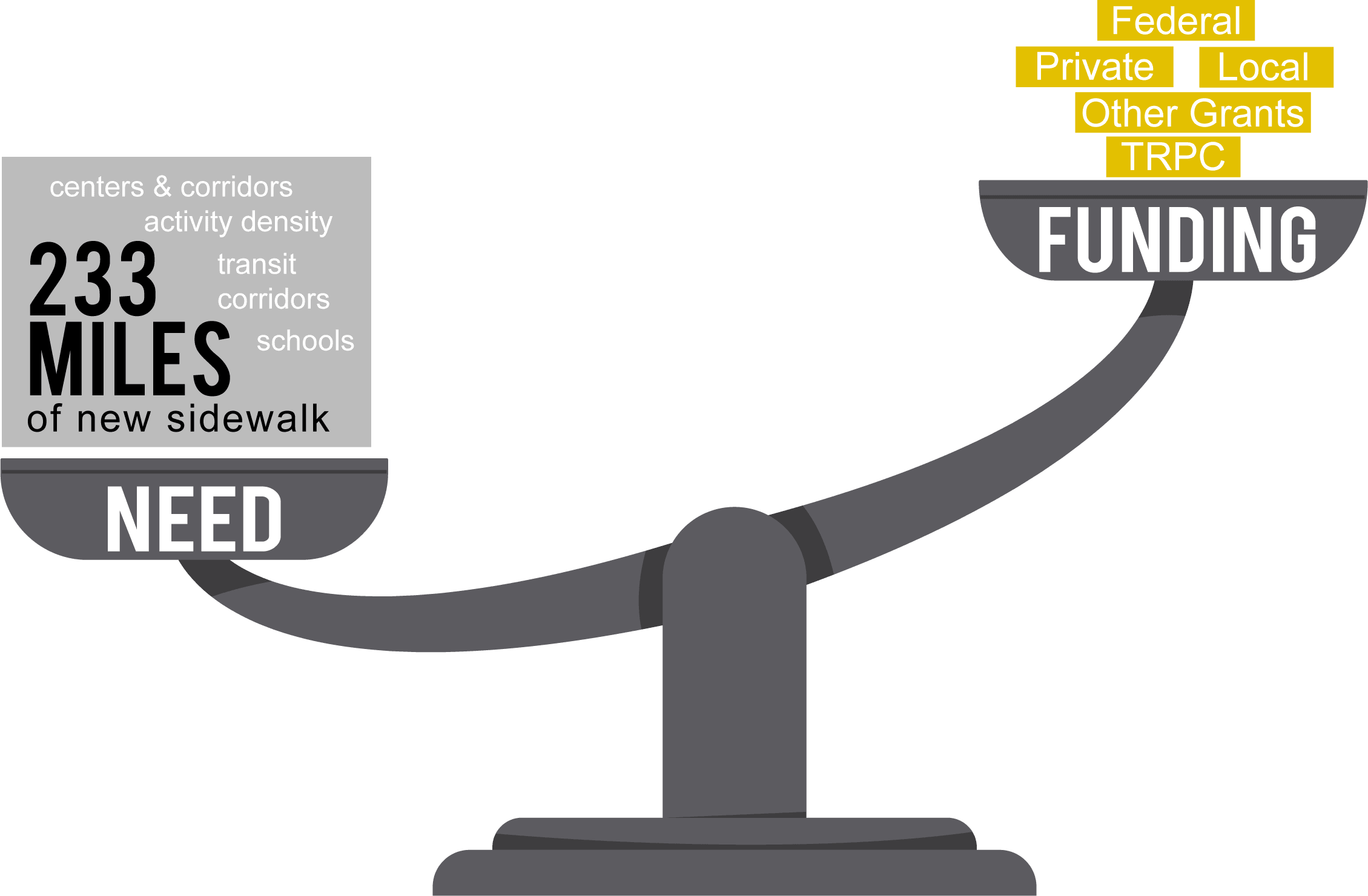 State of our Sidewalks

Focusing just on the major streets in the urban areas – the streets that form the backbone of our transportation system and in general have frequent transit service (arterials and collectors) –  our mapping shows that 34 percent of streets don’t have sidewalks, and a further 21 percent only have sidewalks on one side of the street – so more than half of Thurston County’s major streets are missing sidewalks. This doesn’t even include streets with sidewalks in poor condition, or sidewalks that would be considered too narrow under today’s standards.

The picture is better in our major urban centers and corridors – the areas of our community where people walk and there is often frequent transit service. In these areas only 8 percent of streets are completely missing sidewalks, and another 11 percent have sidewalks on only one side of the street. Having sidewalks on both sides of the streets, and safe crossing opportunities at regular intervals, is important in areas with frequent transit service.

Sidewalks may also be appropriate on local (neighborhood) streets, especially if they provide a walking route for vulnerable populations such as children. 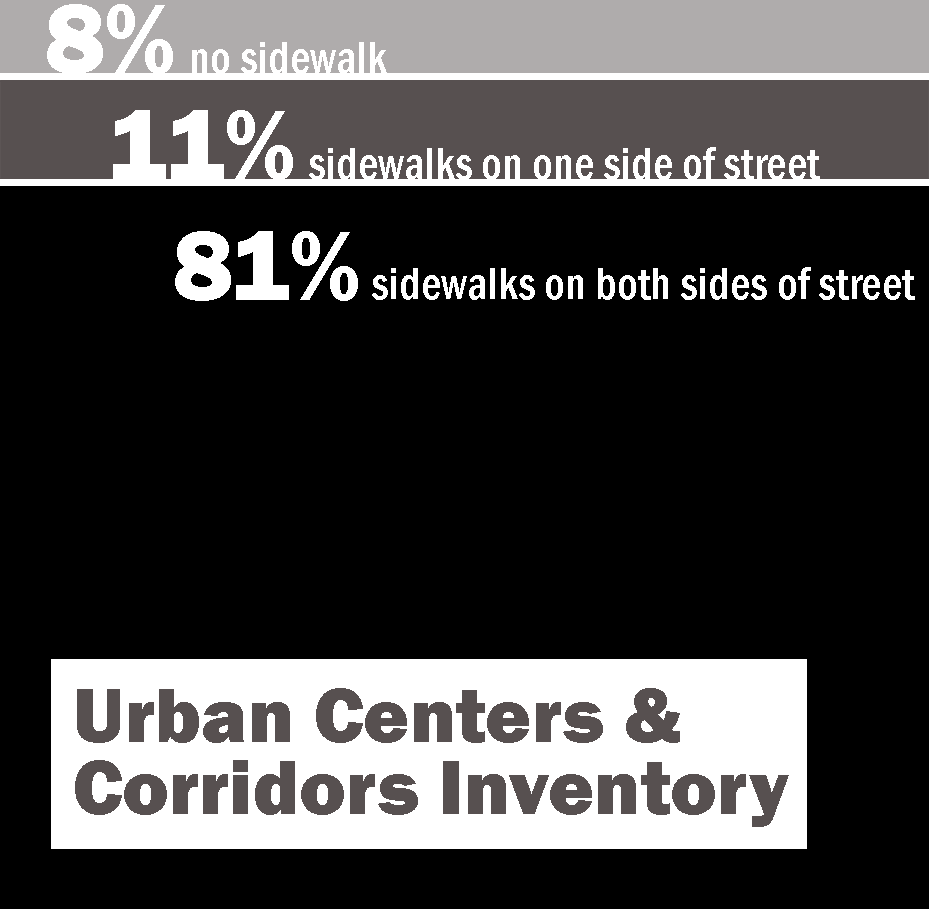 A fully completed sidewalk network - sidewalks on both sides of arterial and collector streets in the urban areas, to be consistent with local street standards - will require approximately 233 miles of new sidewalks. This does not include replacing sidewalks in poor condition or that are narrower than current standards. Using a very rough estimate of $1 million per mile the cost estimate would be $233 million.

With a $233 million need and a $1 million annual allocation, utilizing these funds alone, it would take over 200 years to complete the existing sidewalk network in the urbanized areas. This doesn’t include providing sidewalks on neighborhood streets for uses such as safe walking routes to schools. That is why other sources of funding, such as local funds, other grant programs, and developer funded frontage improvements, as well as prioritizing where to retrofit sidewalks – is essential.

Most of our communities, large and small, rural and urban, have multimodal and active community goals. As roadways improvements are made, it is anticipated that more sidewalks will be built and improved further development the current extensive network.

Sidewalks on existing roadways are built through a variety of methods, including a stand-alone projects and as part of a street or roadway widening or upgrade project. Below are some of the major sources of funding for stand-alone sidewalk projects:

Continue to build out the sidewalk network and seek out funding to fill in the gaps. Regional policy makers could prioritize regional funding pots for sidewalks. Priorities could be sidewalks near schools, parks, along urban corridors, frequent transit routes or other heavily utilized pedestrian areas.