Between 2010 and 2035, no more than 5% of new housing will locate in rural areas, and at least 95% will be within cities, towns, unincorporated growth areas, and tribal reservations. 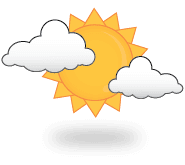 Partly sunny, future uncertain.
The share of new growth locating in rural Thurston County has decreased significantly since 1995. However, the last four years indicates development of new homes in rural areas is on the rise. Between 2000 and 2014, approximately 460 acres of farmland and 525 acres of forest lands have been lost each year in Thurston County.

Why is this important?

Preserving rural areas will result in multiple outcomes, including reducing development pressure on rural lands, making it easier to maintain viable local food, farm, and forest economies, and protecting the environment.  Forest and timber land also provide ecological benefits and economic opportunities. Studies show that basins with more than 65% canopy cover tend to have intact stream heath. In addition, forestry is an important aspect of Thurston County’s history and economic base.

Several factors have likely led to a decrease in the share of new residential growth locating in rural areas compared to urban areas. Thurston County changed rural zoning and development regulations in the late 2000s. The new regulations lowered the density of housing allowed, which reduced the overall capacity for rural growth. Also, changes made to the cluster development ordinance, including placing size restrictions on cluster developments and removing density bonuses, led to fewer new pockets of dense housing development in rural areas. At the same time, the demand for new homes in urban areas — particularly in planned residential communities — increased. As the housing market recovers from the recession, the region has experienced a building boom of multifamily housing, almost all locating in the cities.

There is still a large inventory of small, older lots available for development in rural Thurston County, and opportunities for further subdivision to 5 acre lots.

The county is undertaking several planning processes and initiatives with the goals of protecting forest lands, farm lands, prairie lands, and environmentally sensitive lands from conversion to residential lands. These steps include examining incentives, coordinating stakeholders in a voluntary stewardship process, enhancing purchase and transfer of development rights programs, reexamining rural zoning with goals of watershed and prairie protection, and seeking additional sources of funding to conserve sensitive lands.

Approximately 460 acres of farm lands were removed from the inventory annually between 2000 and 2014. Rapid growth between 2005 and 2010 led to this period experiencing the greatest loss of farmlands in the years since 2000. As a comparison, a 2002 TRPC study estimated that between 1985 and 2000, 660 acres of farmland were converted to urban uses each year.

Some of the steps the region can take to reduce the loss of farm land include:

TRPC's rural forest and timber land inventory monitors changes in forest and timber lands that provide both economic and ecological benefits to Thurston County. In general, it includes tax parcels outside of the cities, urban growth areas (UGAs), tribal reservations, and Joint Base Lewis-McChord (JBLM) that are identified as timber lands (lands that produce an income from timber), or contain at least 5 acres of forest cover and are not in residential usages (generally 9 acres lots or smaller), set aside for parks, or set aside for future school sites.

Included in the inventory are:

The highest rate of forest land loss was during 2005 to 2010, when more than 910 acres were removed from the inventory annually, including a large decrease in the amount of public timber lands in Thurston County. As a comparison, a 2002 TRPC report estimated that between 1985 and 2000, around 1,240 acres of forested lands were developed annually.

Some steps the region can take to reduce the loss of forest and timber lands include: